Classic or themed, half day or full day, the O.L.G.A. team offers you a wide range of tours and excursions. 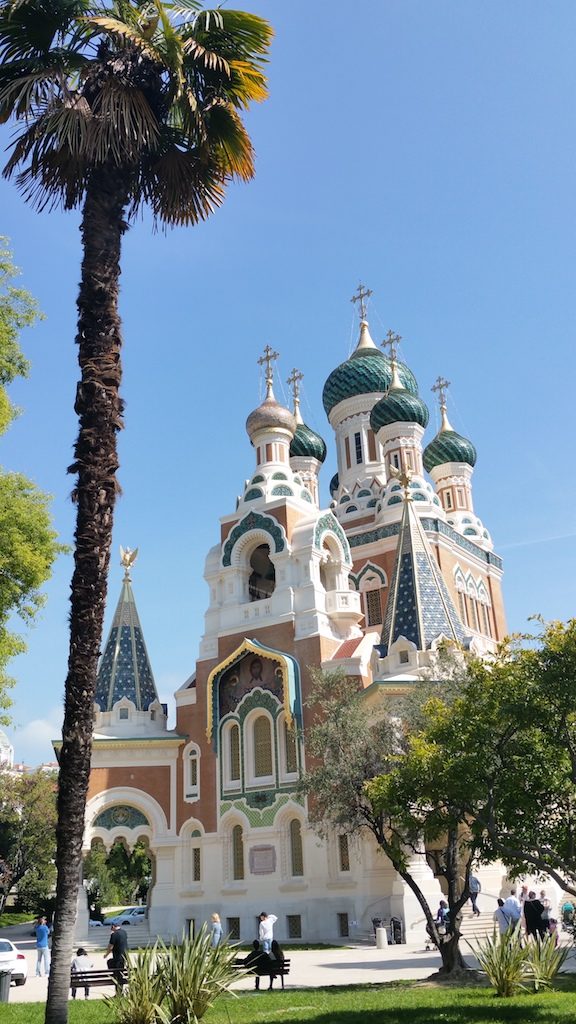 The english were the first to discover the French Riviera. The Russians however launched this region and made it famous throughout Europe. They came to Nice originaly for political reasons as well as for the mildness of its climat and beautiful landscapes.
In 1856, Russia was defeated after the Crimean war. The Russian imperial fleet was forbidden in the Black sea and the tsars  were in search of a port in the Mediterranean to harbour their ships. Members of the imperial family were sent by the tsar to meet the king of Piedmont Sardinia in Nice in order to sign an agreement on the use of the bay of Villefranche as a naval base. From then, the tsar and his family would come regularly to Nice to spend the winter followed by the noble families of their court. These Russian aristocrats built splendid estates and were renowned for their fastuous life style.

The tour on this theme starts in Villefranche passing by several mansions that were built and inhabited by russians at the end of the 19th century, followed by a visit of the russian cathedral of Nice built in 1905 by Preobrajensky.

In the afternoon, the visit continues with a tour of the Valrose estate with its extraordinary parc formely owned by the Baron Van Derweiss, russian industrial magnate and today housing the university of Nice. After a drive along the Promenade des Anglais, the trip ends with a visit of the russian cemetery at Caucade where many famous russians of Nice are buried.